You're here: Home » What are You Thankful For This Year? 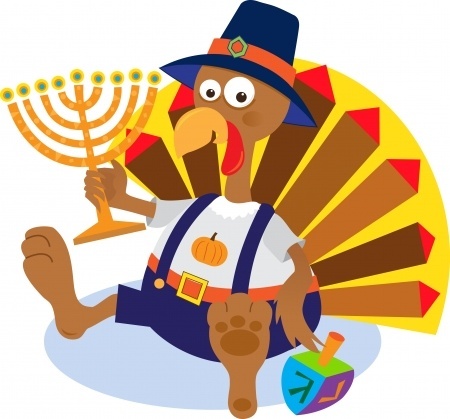 So, what are you thankful for this holiday season? With the hustle and bustle of Christmas encroaching on Thanksgiving more and more each year, we sometimes lose sight of the importance of being thankful. One thing I’m certainly NOT thankful for is stores opening early on Thanksgiving evening, which further diminishes Thanksgiving.

Now, we realize Google tweaks it’s all-important ranking algorithm constantly. They even changed to the Hummingbird update a month before they announced it — showing how little the update impacted sites who already adjusted to prior updates, like Panda and Penguin.

Google doesn’t change the algorithm to alienate webmasters, they do it to help searchers find the most valuable content quickly and easily. As a webmaster, your goal should have been to provide valuable content all along. If you did (like me), then Google’s updates helped you rather than hurt you.

As part of the Hummingbird update, we lost keyword reports on our Google Analytics. That’s because Google wants us to stop worrying about keywords and focus on creating fresh, valuable content. Google can now figure out what the content is about and serve it up when it matches a query.

Yeah, I know. We had Pinterest last year, but I’m really thankful for it this year. If you’re not using Pinterest, you should. Pinterest is a social bookmarking site built mainly for images. The value of Pinterest is its rapid growth, long lifespan (images stay relevant long after they would have disappeared from your community’s Twitter feed or Facebook Newsfeed), and level of engagement reached. Pinterest is also somewhat targeted since most users are female. After introducing Place Pins late last week, Pinterest is even more valuable, especially for the hospitality industry. And, analytics introduced earlier this year mean Pins can now be monitored and optomized.

Like Google algorithm updates, content marketing is something we should all be thankful for because it focuses business attention on the need to create valuable content on a consistent basis. That means we all benefit from having FREE content that provides instruction, advice, entertainment, and support.

Of course, the rise of content marketing as THE major tool for both SEO and website conversion puts pressure on firms to CREATE and CURATE content. It’s also changed the way agencies, like Hausman & Associates, structure their digital marketing departments. Where agencies once primarily offered strategic planning, analytics, and digital advertising, they’re now offering fully implemented solutions, including consistent content creation and curation. My fastest growing job category is community manager, because it takes time and skill to create/curate content on a consistent basis to build brand awareness, drive traffic to the website, build community engagement, and meet client objectives.

As social media marketing grows up, it’s developing the trappings of a true marketing tool, including a more robust set of analytics tools and recognition of measuring ROI in the planning and monitoring process. If you’re interested, I compiled a list of analytical tools, which originally included 15, but others added their favorites. It’s now a very valuable starting point for deciding which tools are right for you.

But, I still find many smaller social media agencies fail to offer insightful analytics to their clients and many DIY firms don’t assess their performance in any measurable way. This failure will increasingly separate successful social media marketers from unsuccessful ones.

It’s equally important to see that measuring ROI in social media involves more than simply measuring vanity metrics (like Fans/ Followers) to include more substantive measures that impact conversion, such as monitoring metrics along the conversion funnel and assessing KPI’s such as engagement and sentiment.

The perennial whipping boy of social networks is finally getting the respect it deserves. And, I’m very thankful for Michael Stelzner, who invited me to join Google+ in those critical first few weeks when Google+ was only open for a few folks.

With Google authorship likely impacting SERPs(search engine results page — or rank) and the +1’s handed out by grateful readers on the site already impacting rankings, the importance of optimizing your Google+ profile is reaching a critical level. If you’re not on Google+, you really need to dedicate some resources to build an effective profile and maintain it with content.

What are you thankful for this year?

Please add to my list of things you’re thankful for this year, business or otherwise. If you need help building a social media marketing plan you’ll be thankful for next year, please sign up for our email newsletter or contact us to let us show you how to make your digital marketing SIZZLE.

I'm a featured contributor to Business2Community and was named to Content Marketing Institutes 40 digital luminaries for 2014. Get in touch

Hausman and Associates, the publisher of Hausman Marketing Letter, occasionally includes paid and unpaid links in the posts published. Rest assured, we only recommend products we've used and feel represent the best products on the market. Guest contributors may include links in their content and we make NO representation regarding the suitability of these products.