You're here: Home » The Rise and Fall of the Social Media Influencer 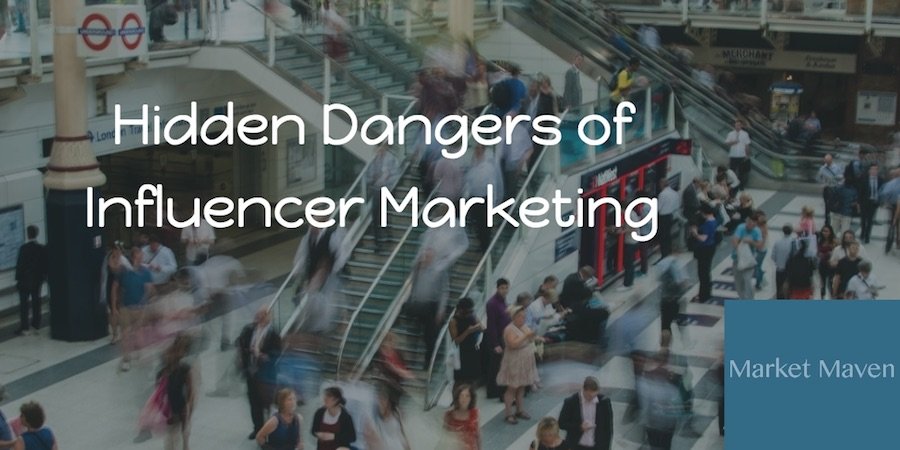 Last year, NYMAG and The Guardian proclaimed social media influencers the idols of Millennials and the main hope of marketing. According to these sources, only the lazy didn’t work with at least 1 social media influencer and many companies had an entire stable of them. But, today, the blush might be off the apple. What happened?

The rise of the social media influencer

Last year, NYMAG and Guardian called them “the new stars of web advertising.” Forbes rated them by categories and announced them a new economic value.

And companies fell all over themselves trying to capture online stars to promote their brand. And the numbers supported that decision. In 2012, there were 40 million users on Instagram. In 2018, there are a billion of them.

In the US, a popular Instagram blogger with 100,000 followers could earn up to $5,000 for a single ad publication. Everyone wanted to be a social media influencer. Bloomberg nailed it: one-third of British children aged 6-17 wanted to become a YouTuber, which was “three times as many as those who wanted to become a doctor or a nurse.”

A year has passed, and everyone seems to get tired of influencers.

Hotels around the world suffer from the invasion of Instagram celebrities willing to stay there for exposure, usually for free. A luxury boutique hotel in Ireland even banned all YouTubers and Instagram stars after getting a suchlike request from a 22-year-old.

After spending €7 billion on marketing, Unilever—one of the world’s largest advertisers—decided to trim the budget and stopped working with social media influencers for a while.

There is no more trust in bloggers, they buy likes and subscribers. Almost half of them did it at least once. We cannot invest in such a shadow tool. We need to take urgent action now to rebuild trust before it’s gone forever. (Keith Weed, CMO at Unilever)

The fall of the social media influencer

The bigger Instagram and other social platforms became, the more features they added for users to manage accounts. This created a huge gulf between trend setters (who jumped onto social networks early) and wanna-be stars craving the popularity and money that came from having a huge following.

And while the former continued monetizing their influence, the latter had to spend a fortune to promote their accounts by turning themselves into unpaid interns or spending a lot of money to gain new followers.

It was exactly the moment when social media bots became pervasive. The follower factory investigated by NYT has changed the game rules. Twitter, Instagram, and other social platforms remove millions of fake accounts every week, and new tools help both users and companies identify and remove fake accounts.

Companies like Devumi sold millions of fake followers to celebs and politicians, as well as average wannabe influencers, turning them into influencers brands wanted to work with. While fake followers increased an influencer’s numbers, they weren’t real people and couldn’t purchase brands (or vote for ideas promoted by politicians).

As a result of fake follower numbers, the online reputation for the social media influencer fell by the wayside:

The rise of micro-influencers in 2018 (via Clickz)

The marketing game with macro-influencers seems over.

From their beginning, YouTube and Instagram were a free version of lifestyle magazines, where an average person took media stories to heart.

Popular accounts were translators of the DIY trend, revolts against boring news items and official narrative. They formed in response to the audience’s request for everyday routine and alternative content.

YouTube and Instagram brought us fundamentally different values than what we saw in more traditional magazines and news stories.

The driving force in social platforms was an experience in which followers recognized themselves: ordinary people watched and commented on other ordinary people. Viewers became content makers whenever they wanted, and video qualities or bloggers professionalism were not a criterion of success.

Heartedness, creativity, and frankness were.

Today, most of the news about YouTube and Instagram is a summary of their next record of capitalization or the introduction of their new marketing features. Virality is what matters now. Users have turned into numbers and performance metrics.

Social media influencers were no longer authentic, promoting brands they liked and giving honest reviews of products. They were another channel for marketing a firm’s brands, another tool used for their ability to sell goods or services to target audiences. A social media influencers made the transition from enthusiastic amateur to professional content producer, a kind of media market clerks.

The production of original content became a profession. And, with it came standards, bureaucracy, and fierce competition. Influencers want paid for access to their followers and no longer share opinions but mirror the messaging of the brands they represent. Everyone works hard to become a brand.

In 2019, you can’t come to YouTube without a budget for production and media experience in the hope to hit it with your videos of scrambled eggs. The paid subscription on YouTube and IGTV or Stories on Instagram turns social media into a TV.

Everyone wants to be a social media star today, and most are ready to pay for fame and followers.

Influencers turn their profiles into TV with ads. They are not about the talent but the delivery of marketing campaigns, based on ROI.

Influencers turn into advertising agencies, which deforms the idea behind influencer marketing itself when people, tired of ads, relied on authorities who gave trustworthy information. These authorities are commissioned to produce branded content today, so the trust factor fades.

Social media influencers turn into selling machines. And it’s among the top reasons why your marketing campaign may fail in 2019.

So, demand greater authenticity and invest in influencers only if you are confident about results. And prepare for alternative ways to acquire customers, to be sure.

Here are some other suggestions to replace your budget for social media influencer marketing.

By Lesley Vos, a seasoned web writer and content marketer from Chicago.

Specializing in text building and content architecture, she contributes to publications