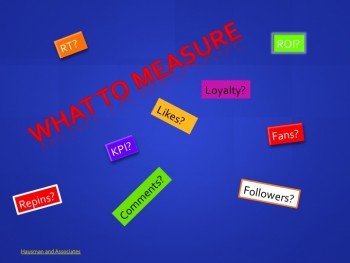 With the first set of Presidential debates just around the corner, we’re already deep into the campaign to decide who will be the most powerful person in the free world. And, social media either drive that decision or reflects that decision — depending on how you look at it. Presidential campaign analytics, to a large extent, portends what will happen at the polls and put money in the war chests of candidates.

Being able to take the temperature through accurate social media analytics is critical for candidates, PACs (Political Action Committees), and the population of the United States.

So, which candidates are doing social media right?

According to data from Engagement Labs (although it’s from before the conventions, so you see candidates who didn’t win their party’s nomination), here’s the breakdown of how candidates are doing on social media networks:

According to Social Media Week, Trump has been the darling of social media, owing to the popularity of his TV show, in part, to social media. His type of controversial dialog lends itself to social virality.

Trump has always been a fan of social media and actively uses it to promote his television show The Apprentice. The medium suits his campaign style perfectly, with his often controversial sound snippets that are easily shareable.

Much of Trump’s campaign is built around ‘virability’ and he shares a lot of videos on Facebook. His inflammatory use of Twitter has always been a trademark of the man and goes a long way to explaining his huge online audience.

And, Trump is certainly riding the social media gravy train, with a reach equivalent to $380 million, according to GovTech. While Trump may have Clinton beat when it comes to raw numbers of followers, Clinton far outweighs him in celebrity endorsements, which harnesses the power of their huge fan base. Celebs such as Amy Poehler and Kim Kardashian may be what overshadows Trump’s social presence.

But, is it just numbers? Certainly, Obama amassed a vast social media following and his social spending dwarfed that of his rival, Romney, but is that all that matters? Even the article cited above contends that social media numbers alone won’t sway an election.

Determining the outcome or monitoring sentiment

We don’t have much insight into presidential campaign analytics, in part, because too many analysts focused on meaningless vanity metrics like fans and likes, rather than more meaningful ones, like sentiment.

What tools are out there to measure what’s going on in social media?

LUX2016 uses a proprietary algorithm to analyze Tweets and news around topics and candidates in real-time. The social media analytics tool monitors topics used by voters in determining how to vote, including abortion, gun control, and immigration to present a visual representation of what other voters are thinking about.

I think social media analytics are critically important in everything from running a business, managing a brand, or guiding a political campaign. Using an automated tool, then simply reading the amount of positive, negative, and neutral sentiment will often lead you astray.

There are all types of reasons why automated sentiment analysis doesn’t work. Mostly, that’s because sentiment is overwhelmingly text-based analyzing text is really hard.

One problem is that automated programs cannot place comments in context and often fail to grasp nuances of the human language, notably sarcasm.  Social media can be especially challenging for automated sentiment analysis software. Slang can evolve quickly on social media, and syntax on social media is different from conventional conversational style or standard journalism style.

And, most sentiment analysis tools don’t work right out of the box. Instead, they need significant training by human beings to improve the accuracy of the characterization of utterances.

Christopher Penn argues that the only way to get accurate sentiment analysis is to use humans who were trained to accurately characterize utterances. I’ll tell you from personal experience, you can’t underestimate the amount of time it takes to train people for accurate text analysis and you can’t skimp on it. In academic circles, the accuracy of even trained human raters isn’t always very accurate, we require agreement between 2 raters before we accept the accuracy of their characterization.

So, while humans are better at teasing out nuances, slang, and understanding the role of context in interpreting, they’re better at analysis than analytics — which is better relegated to automated systems. Thus, groups like Adweek argue for a combination of software and humans for the most accurate sentiment analysis.

Sophisticated sentiment analysis systems with appropriate training can be accurate for sentiment, but sentiment is only be a part of a thorough media analysis,” said Doug Chapin, president and CEO of CyberAlert. “In addition to sentiment, media analysis requires evaluation of subject, positioning, messaging, issue and other factors of importance to the client. No software today does all that. That’s why at CyberAlert we use a hybrid approach of software for quantitative analysis and sentiment combined with well-trained human analysts for qualitative assessment.

As political candidates rely on sentiment analysis to not only see where they stand with potential voters, but social media is increasingly replacing focus groups candidates used in the past to understand how voters feel on issues that often form touchstones to voters.

It’s not just followers or even sentiment that is most important and presidential campaign analytics.

It’s the impact those social messages have on likely voters.

More and more voters are getting their news from social media, rather than traditional press. According to a study by Pew, the biggest impact of social media campaigning is among 18-29 year olds, where 2/3 said social media is their biggest source of information on the candidates, as compared to 50% of older users.

So, while follower numbers show a vote in favor of Trump, SocialBlast favors a Clinton victory, stating that Clinton (and fellow democrat, Sanders) represents the most information read on social media when measured by time (3:1).

Now, we may argue that the traditional press is biased and has poor reporters on political candidates, but your friends and other amateurs are even scarier.

And, frankly, that’s a little more than scary on Facebook where their algorithm favors friends, family, and information you’ve clicked on to show up in your newsfeed. That means you’re likely getting selective information from folks who already share your biases and political leanings, according to Forbes.