You're here: Home » My Journey into Digital Marketing

You can learn a lot by understanding a journey. Just like in Back to the Future, we’re now living in a future that couldn’t even have been imagined when the screenplay was written. A look at the past and present of digital marketing might provide the best insights as to what we might see in the future.

If I promise not to bore you with 242 slides, will you go on my journey of discovery? You might even learn something about digital marketing.

The dark ages of digital marketing

I remember the first time I saw a computer.

OK, so it wasn’t a computer because those were the days when computers filled entire rooms and temperatures were controlled so they didn’t overheat. What I could actually see were dumb terminals and keypunch machines.

The idea of linking such university computers together forming the backbone of the Internet was more than a generation away. Well, that’s not entirely true. In 1962 the first 2 computers were linked through existing transmission lines, but the first true “Internet” didn’t arise until ARPANET in 1969.  By the time I entered that college computer lab, 188 computers were linked into a network of leading scientists and military centers, but transmission rates were slow (4800 baud) and access was extremely limited. By comparison, today’s Web 2.0 Internet supports over a billion networked computers transmitting data at an astounding 20 billion baud rate.

Digital marketing in those days was fairly primitive — consisting of sending traditional media to clients for approval and print media through Fax machines. Broadcast media still required recording on a device then delivering the media to its final channels, such as a TV station or radio booth.

But, I was obsessed with these great, hulking devices that made computation easy and I still remember programming my first device — an elevator. Fortran was the language of computers and forms the basis of many computer languages used today. 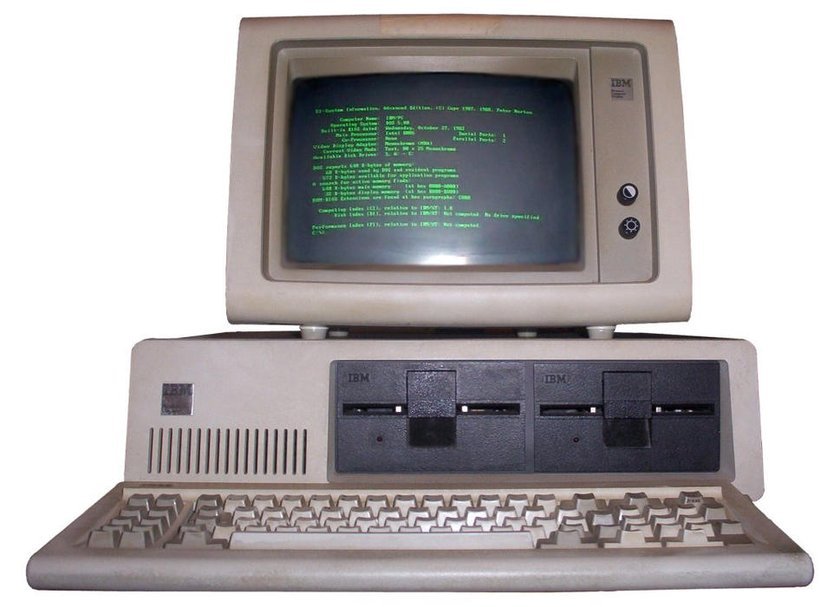 I was so jealous when I saw my first true personal computer in 1983. Now, the device I hold in my hand has much more power and flexibility than that component system I wanted.

My first computer was a Commodore 64 (in late 1979) that connected to my TV instead of a monitor and could dial-up (when I was extraordinarily lucky) to my university computer. I was in heaven.

Now, using DB3 (an early database manager), I could set up email marketing programs and, by 1984, I got my first IBM-compatible device. By 1985, I taught my first seminar to small business owners who wanted to learn how to use computers to help their business because personal computers were now pretty readily available and affordable — less than $2K. Finding and learning programs to make computers do what you needed them to do was still problematic.

Around this time, I first saw an Apple computer with its GUI (graphical user interface) based on pictures. I thought it looked like a toy, and it was in those days because no one was building software for it. Of course, Apple learned from that mistake and, when it introduced the iPhone, made sure there were plenty of cool apps to entice users. Removing the need to start from the command prompt, Apple made a computer everyone could use.

Digital marketing in the 2000s

Now, programs began appearing that offered options for marketers (and others). Digital marketing could expand beyond simple email marketing with the appearance of social networks, such as MySpace and, later, Facebook.

The tools marketers needed to make themselves more productive and responsive appeared in response to the need to organize digital marketing activities and to support data-driven solutions. Notice, 2006 was the inflection point where these tools really took off.

The future of digital marketing

I’ve lived through lots of changes in the digital marketing landscape. Here are the lessons I’ve learned over the last 35 years:

Digital marketing is a moving target

And, the pace of change increases every year.

Thus, if you’re still doing digital marketing the same way you were a year ago, you’re already a dinosaur. My advice is to set up a reading service, such as Feedly, to stay on top of what’s happening or you’ll fall farther behind every day. Schedule regular time for reading into every day.

The most important lesson from the past is, we can’t always predict what will happen in the future. Back to the Future predicted flying cars, not computational and entertainment devices within reach 24/7. The long-term winners never stop learning.

Maybe someday, digital marketing will be supplanted by the next new thing, just as traditional media is today.

Today, few young folks watch traditional broadcast media. Instead, they time-shift to watch programming when THEY want and skip through your commercials. They listen to playlists and satellite radio rather than your commercials. And, they read online, missing your print ads.

As today’s elders die off, their replacements will exemplify a totally different way of interacting with their environment and getting entertainment.

If you fail to learn the ins and outs of digital marketing now, when traditional media finally breathes its last, you’ll be far behind industry leaders.

Phone books, maps, notebooks, calendars, and other arcane tools have already gone the way of the dodo bird. Stop advertising on them.

Devices get smaller and faster all the time

Instead of filling specially cooled rooms today’s computers fit in the palm of your hand.

If you’re not thinking mobile-first, you’ve missed the mark. But, don’t forget the power of laptops and create products that provide features for these devices. For instance, many workers can’t take mobile devices into the workplace. Plus, mobile devices have limited real estate, which is a drawback for some online activities.

Messaging apps that only work on such devices separate users from their apps for an entire shift. The day may come when mobile totally replaces desktop devices, but that day isn’t today. Plan for both.

The digital divide is real

Many places are leapfrogging to newer technologies rather than taking the same linear path that leads to where technology is today. But that’s not the case everywhere.

In China, for instance, government control limits access to certain internet sites. In some developing countries, WIFI access is limited even though phone systems provide reliable 3G (or 4G) capabilities.

The digital divide offers opportunities and challenges to digital marketing that may require re-thinking your efforts across different regions. Also, despite similar technological capabilities, cultural differences prevail and must moderate whatever digital marketing efforts you use. Don’t forget, digital marketing often knows no national borders, especially when social media causes a marketing campaign to go viral. Be careful that your message translates well in multiple cultures and you don’t offend anyone.

We welcome the opportunity to show you how we can make your marketing SIZZLE with our data-driven, results-oriented marketing strategies.  Sign up for our FREE newsletter, get the 1st chapter of our book on digital marketing analytics – FREE, or contact us for more information on hiring us.