Today, I’ll share an infographic coming from my friends at Ghergich and Company, where their staffing client saw a 100% gain in organic search by using inbound marketing.

What is digital media?

Here’s a good explanation of push versus pull marketing from Chron:

Traditional media uses advertising, cold calling, and direct mail virtually indiscriminately to push products on consumers who are pretty much indifferent toward their brand in the hopes of hitting the few consumers who they can convince to buy.

If you think about it, traditional media’s job is to interrupt you while you’re watching TV, listening to the radio, reading, or checking your mailbox. Most of this nuisance advertising ends up in the trash or being ignored. With today’s technology, consumers find new ways to avoid interruption from advertising. They use electronic devices and online services like Netflix to avoid TV advertising — 40% of US households currently subscribe to an online streaming video service according to Nielsen and 20% of households owned a DVR device to record live TV in 2007. Based on the growth of DVR in the years before 2007, that number is likely more than 50% now. Radio advertising slumps due to ad-free options like Sirius and the increase of radio stations playing fewer commercials during drive-time. Newspapers are disappearing in a barrage of online options.

Digital media focuses on bringing in folks who need and want your brand then building a loyal following among buyers. As such, digital media is the natural progression from relationship marketing.

Traditional media just isn’t as effective as it once was. Yet, nearly 87% of media budgets remain fixed on traditional media, according to Susan Wojcicki, VP – Public Policy and Communications at Google. Notice the infographic below shows an increasing number of firms using digital marketing, but still, 13+% don’t do ANY inbound marketing.

Why use digital media rather than traditional media?

Actually, there are a number of reasons for using digital media rather than traditional media:

It’s hard to trace ROI no matter what marketing tactics you use. In traditional media, tests track changes in awareness related to an ad using aided or unaided awareness, but figuring out how much you’re selling based on an ad is nearly impossible.

Certainly, calculating the ROI of digital media isn’t easy, but firms have more tools. For instance, firms can set goals in Google Analytics to determine the ROI of online sales. Again, tracking offline sales has the same problems faced by traditional media.

Firms that can track the ROI of digital media are 12 times more likely to increase year-over-year sales.

Traditional media, by its very nature, is short and provides little information. In contrast, digital media provides the detailed information needed to make decisions and get the most from your purchases. 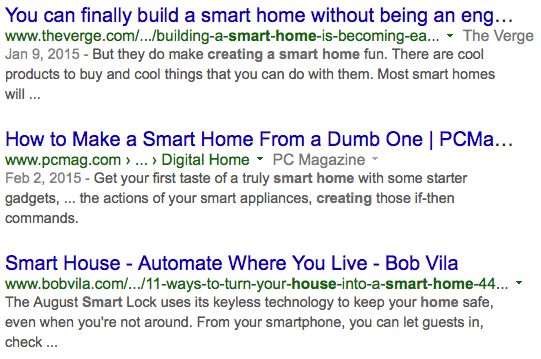 Wanna know how to turn your home into a smart house, Google it and you’ll get plenty of folks who want to help you.

Wanna install a pool, but don’t know whether you should do an above ground or below ground? Google

If you’ve done a good job with SEO, folks will find you when they’re looking for information about the products you sell.

Message amplification and word of mouth

Think about your Facebook connections or Twitter followers. Likely you’ll find your connections share a lot with you. I recently attended a big data event where the presenter used R to evaluate a group of Facebook friends. Most shared similar interests, were either from the same schools or towns and had similar professions. That makes sense because you form social connections online using similar heuristics to the ones you use in developing social connections offline.

As consumers, we’re more tuned into recommendations from our friends. We even pay more attention to perfect strangers than commercial messages. If you want to test this, pick a random shopper and recommend a brand from those on the shelf they’re looking at.

Near the bottom of the infographic, you see the ROI of digital media for a single staffing agency. Not only did lead quality increase, but costs declined by an average of $1.75K. Not a bad return for digital media.

Blogging, especially when combined with blog promotion efforts, such as social media, email marketing, and PR, sets the firm up as an expert in their industry and lends credibility and trustworthiness to their attributes. Not only does this activity help customers along their buying journey, but it also brings new traffic of buying-ready customers to your website.

Do you need digital media?

Of course, you’re welcome to disagree with me and I’d love to hear your thinking about traditional media versus digital media. Just post in the comments below.

Also, be sure to check out the infographic below.