You're here: Home » 5 Tips for Marketing a Political Candidate: Marketing is Marketing

Unless you lived under a rock for the last 12 months, you know the US faces a particularly contentious election in a little more than a month. Even outside the US, folks are watching the election, knowing the outcome impacts the rest of the world. Rather than dive into political issues involving the candidates and encourage more debate over their qualifications, today I’ll focus on marketing a political candidate. Of course, I have my opinions about the race but I’m not a political expert, I’m a marketing expert.

BTW, throughout this post I’ve linked to content on specific marketing tactics suggested, since there isn’t space in a single post to do justice to the tactics and strategies recommended. 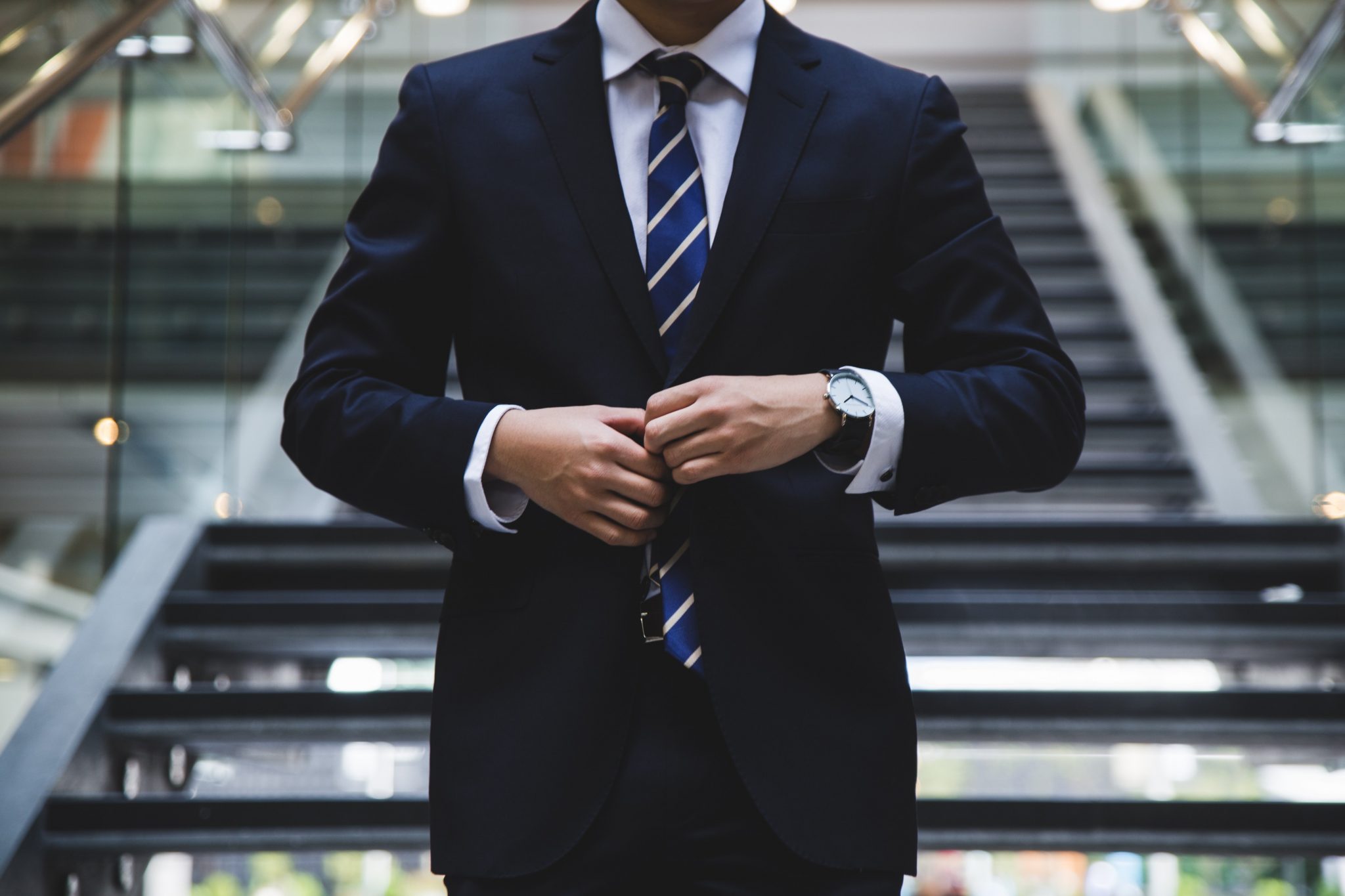 First, let me disabuse you of any notion that politics isn’t fundamentally, at its core, a marketing activity. Everything involved in politics from campaigning to governing is all about marketing. You marketing your ideas, your platform, your legislation, yourself, as a politician. The rest is window dressing and a dab of constitutional mandates.

Marketing a political candidate starts when he/she first gets a glimmer of the idea that running for office might be fun. From that point on, the potential candidate schmoozes those around them, cultivates publicity, manage their brand image, and seeks support from the kingmakers in their community.

It should as this is the exact same process a new brand uses to gain traction in the market. The difference is that brands recognize the role of marketing in their success while politicians seem to eschew any notion that politics involves marketing.

Fundraising has always been about marketing, whether you’re raising funds for Children’s Hospital or to elect your senator. Marketing aspects include things like:

Building a “war chest” to fund your political campaign often determines the difference between winners and losers — at least until campaign finance reforms create a more level playing field for candidates. As it is, fundraising is a kind of vote for a particular candidate or party by those with money to contribute that, in many ways, removes the power of the vote from citizens to the wealthy elite.

Just as brands build public personalities, people build and manage their public persona (don’t confuse this with marketing personas, which are prototypical members of your target audience). The key to political marketing is to craft a public persona for your candidate that resonates with a large block of voters. Then, the trick is to ensure you maintain that personality by managing your candidate’s appearance, mannerisms, language, speeches, and off-the-cuff comments. More than one candidate saw election chances evaporate when an old interview surfaced or when they made comments on a hot mic they thought was turned off.

Marketing a political candidate in 2020

Crafting a successful political campaign changed a great deal over the decade, just as marketing itself changed over that time. Unfortunately, while many brands adapted to these changes, political candidates didn’t, for the most part. The rationale behind the slow adoption of marketing changes in politics may come because candidates only campaign every 2-6 years, while brands fight for market share every day. Further, many campaigns don’t want to or won’t accept that their candidacy is a marketing activity.

Regardless of the reason, most candidates and their strategists, fail to grasp critical changes in the marketing environment.

The impact of traditional media, such as TV, radio, and newspapers, declined precipitously over the last decade. Part of this change comes from new media, such as social, streaming, and other digital outlets; part from platform changes such as the decline in community newspapers and fracturing in broadcast media with so many channels offered through cable providers. Gone are the days of the 3 major networks (maybe 4 with Fox) and a new age exists where consumers face 100s of channel options.

With more consumers, especially younger ones, cutting the cord by subscribing to streaming services, reach just isn’t the same on broadcast TV. The same happens on the radio with subscription services such as Sirius, Pandora, and Apple Music. Consumers made their choice and it doesn’t involve commercial programming, but ad-free platforms.

And, landlines are a thing of the past as many consumers (again, mostly younger ones) drop a landline and rely solely on their mobile device.

Even consumers still hooked to landlines and cable aren’t available, for the most part. Landlines are screened through answering machines and TV programming recorded so viewers can skip past commercials. Sure, some options exist for advertising on YouTube and other digital properties but options are limited as are the length of your commercial before users can skip to the desired content (often as short as 3-5 seconds).

Social media is a two-edged sword for marketing a political candidate. Politicians like Obama, whose social media team was top-notch, extend their reach to billions of users in the US. And, the time spent on social media grows larger every year. Users reach for their devices before even getting out of bed in the morning to check out what happened on Facebook and Twitter overnight and their device is the last thing they see before going to bed at night.

Advertising on social media offers opportunities to selectively reach users based on geographic, demographic, or psychographic characteristics meaning a campaign optimizes their budget by only reaching the “right” users rather than wasting money to reach a broader audience using traditional media.

Social media also offers opportunities (???) for candidates to spread disinformation in support of their policies or, at a minimum, control the narrative shared with their constituents. Silos exist withing social platforms that isolate users and act as an echo chamber where the user only sees perspectives from folks who share their ideology.

Tips for marketing a political candidate

Creating a strong candidate brand from the outset is critical for success. And, that takes careful handling to ensure all aspects reinforce the brand, whether it’s policies, political history, dress and other non-verbal communications, and everything coming from your candidate’s mouth in public and in private.

You need consistent messages that reinforce your position and clearly articulate how your candidate differs from his competition.

Don’t overpromise and deliver on your promises.

Your biggest challenge may involve reputation management as your opponent tries to dominate the image of your candidate with negative messaging, even false narratives.

Every serious candidate must have a strong social media team to ensure reach and frequency across paid, earned, and owned social media. Critical to this success is monitoring performance to optimize goal attainment.

Next, consider the content of messages. Gone are the days when marketing spouted nothing but buy, buy, buy messages. In today’s environment, digital marketing requires messaging to provide value to users, not just me, me, me. Constant appeals for donations not only waste an opportunity to provide voters’ a reason to support the candidate, they create “customer piss-off” that acts to dampen enthusiasm for the candidate.

You need a great website, filled with content that adds value to your campaign. Avoid constantly promoting your candidate and salesy content. Make the website conversational and encourage a community around your candidate both online and off. For instance, promote rallies and other events sponsored by your candidate.

But, don’t be afraid to include a donation page and subscription form.

Design the website to reinforce the brand with a strong logo, great headshot, lots of candids of your candidate with the voters, and contact information for voters who want to reach out.

As I mentioned before, TV doesn’t work the way it once did at delivering for brands or candidates. Instead, focus your ad spend on social/ digital, especially to reach younger audiences who are harder to get to the polls.

Your brand must be ubiquitous offline, as well. Bumper stickers are kind of a thing of the past, but yard signs spread throughout a community show support for a candidate. When your signs are invisible, it tells voters that you don’t have support in the community, making them less likely to vote.

In the current election, Trump is definitely winning the yard competition. Does that indicate overwhelming support for him against his opponent? Maybe, but it’s more likely a function that Trump gives his signs away by the truckload, while Biden thinks of yard signs as a fundraising tool and charges $25/ sign. Stupid.

Don’t forget the impact of word of mouth. Even in the middle of a pandemic, socially-distant door knocking is still viable as are phone calls and emails from local groups. Support the efforts of everyday voters to promote your candidacy by recognizing their efforts, providing them talking points, and engaging with them.

Spend a significant percentage of your ad budget in online marketing through social media and PPC ads. You get a much bigger bang for your buck online than off.

Event marketing is much harder in the middle of a pandemic when holding large rallies is just irresponsible. Instead, get creative.

Marketing a political candidate is different today than even 4 years ago. Candidates who adapt to this new climate best have greater chances of success. Spending your budget wisely by harnessing the power of digital can mean the difference between success and failure.