In a recent series of posts, I’ve discussed the importance of Social Media Metrics for helping you run your business. But, in the wrong hands, those social media metrics can prove disastrous. Here are a few of my favorite social media metrics disasters and some suggestions for how to avoid them:

Recently, I interviewed a reputation management agency representative (who will remain namely for obvious reasons). During our conversation, he casually mentioned a client who ended in hot water because their system didn’t detect negative comments. Instead, the negative comments reached the FDA (the client was in the drug business — the legal kind) and the first hint of trouble came from an official letter informing of an official FDA inquiry about the drug.

I was at a social media analytics meetup during Social Media Week DC a few weeks ago and learned of some major disasters based on incomplete social media metrics. Feastie Analytics showed social media managers for food manufacturers and restaurants  approaching bloggers and other influencers, only to find they promoted vegan, vegetarian, or other lifestyles inconsistent with the food brand. Or, the blogger only blogged about Italian, Indian, or Asian cooking that had nothing to do with the food brand or restaurant.

That’s because the social media manager didn’t have enough information. Their social media metrics showed the influencer was influential about food, but failed to gather information regarding the types of food promoted or their food preferences.

Of course, this happens in other content areas — not just food. Using ineffective tools might identify influencers who actually post negative comments about your brand. Now, that might not be a bad thing if you’re trying to reduce the negative comments, but it can be deadly if you use the wrong approach because your social media metrics only identified them as an influencer, not that they were an antagonist rather than an advocate for your brand. Now you’ve just given the influencer vitrol for their next blog post!

A number of firms are popping up offering to automate your decision-making by using algorithms based on your social media metrics. Now, this may sound like a great time saver and a way to handle the massive amounts of information many firms generate.

Now, don’t get me wrong. Some types of automation is necessary. Otherwise, firms would drown under the massive amount of information generated every day. But, letting a machine make decisions for your firm can result in a multi-billion dollar disaster. Even super computers, such as Watson (you know, the one who beat humans at Jeopardy), shouldn’t make decisions on their own.

Sure, these computers are REALLY good at retrieving information (ie. Jeopardy) and making bounded decisions (decisions with known, stable variables — such as medical diagnosis), they’re only as good as the algorithms fed into them.

And, in business, we don’t often deal with bounded decisions. That’s especially true when we talk about consumer behavior. Consumer behavior is based on a dynamic set of variable (that change all the time). Hence, an algorithm that works today, might not work tomorrow. If you have a human reviewing the data and making informed judgements based on social media metrics, that’s about the best you can do with handling the dynamic nature of consumer behavior. But, using a machine to make decisions is just plain dumb.

I once saw a visual depicting the dangers of using consumer data to build an image of the consumer. Using data mining techniques, doesn’t give you a clear image of the consumer because consumer behavior is complex. With only behavioral variables, such as credit card transactions, magazine subscriptions, or even online clickstream data, we lack an understanding of WHY consumers behave as they do. Without this why, we lack the ability to predict future behaviors.

In the image I saw, a man carried a fishing pole and spatula while wearing a tutu and other things that just didn’t fit together. That’s because data may not depict our consumption behavior alone, but things we buy for others, when we loan our computer to a friend, or even fraudulent charges.

Big data is great, but supplement it with some WHY focused market research. 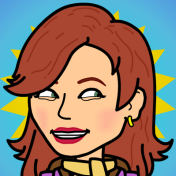 I'm a featured contributor to Business2Community and was named to Content Marketing Institutes 40 digital luminaries for 2014. Get in touch

Hausman and Associates, the publisher of Hausman Marketing Letter, occasionally includes paid and unpaid links in the posts published. Rest assured, we only recommend products we've used and feel represent the best products on the market. Guest contributors may include links in their content and we make NO representation regarding the suitability of these products.